Sarajevo has so much to offer, particularly if you’re interested in history and culture. We spent three days exploring the city during our Bosnia-Croatia trip in May, but we’re already making plans to return to see more of this incredible city.

If you’re visiting and not quite sure where to start; here’s a list of 10 things to do in Sarajevo! 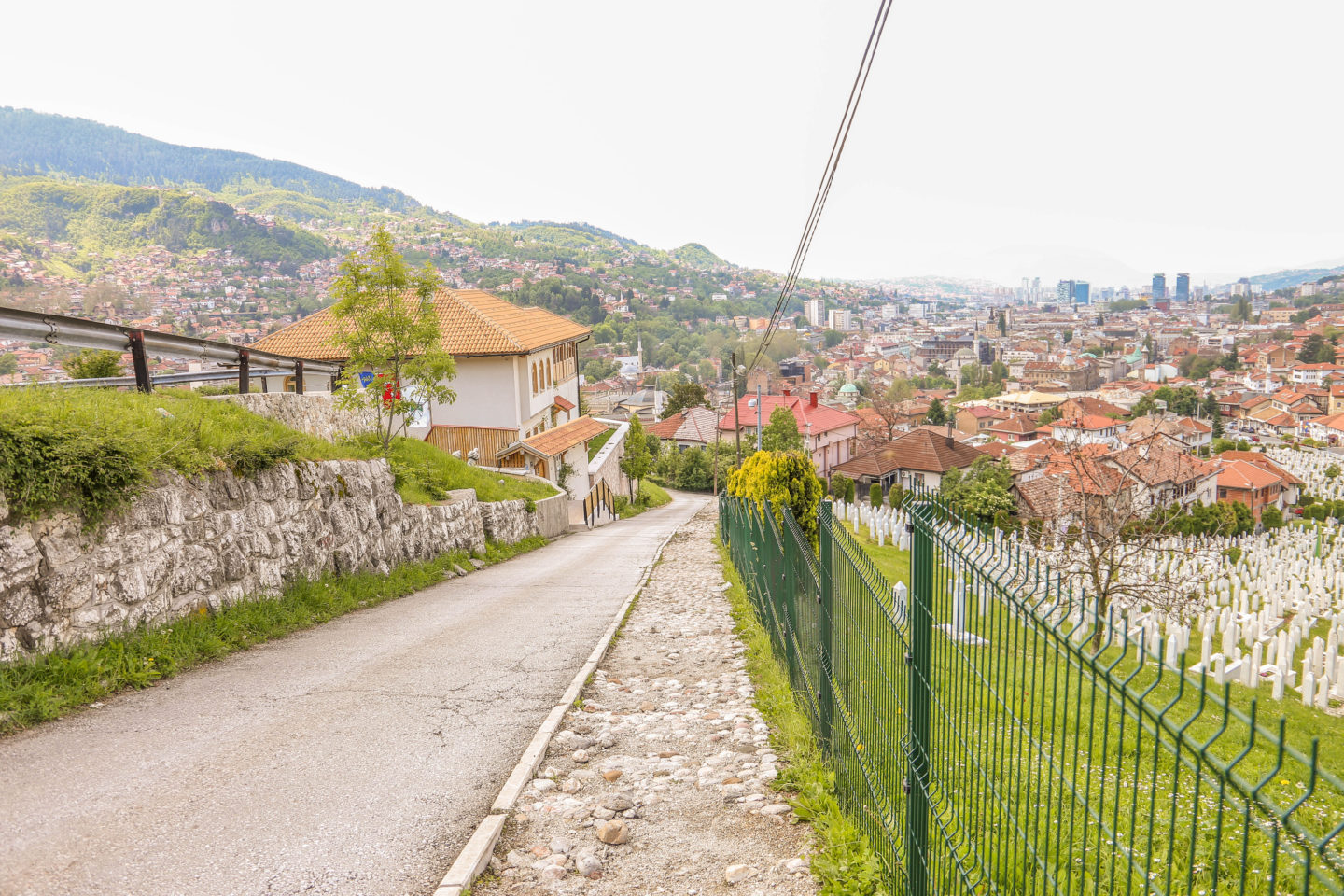 One of the best ways to understand the city of Sarajevo, and it’s history, is to walk it. Through a single road you can relive the various eras that has made this city into the melting pot it is.

From the traditional Ottoman architecture adorning the streets, to the grand Austro-Hungarian inspired buildings, and the very spot where Franz Ferdinand was assisinated; an act that led to the start of World War 1. Sarajevo’s history as part of Yugoslavia is perhaps the most visible, followed by an era of hope and rebuilding ; modern day Sarajevo. 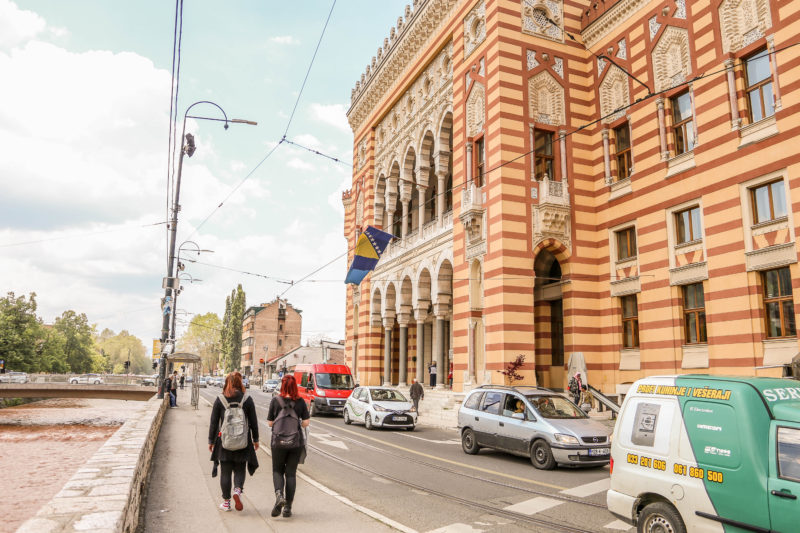 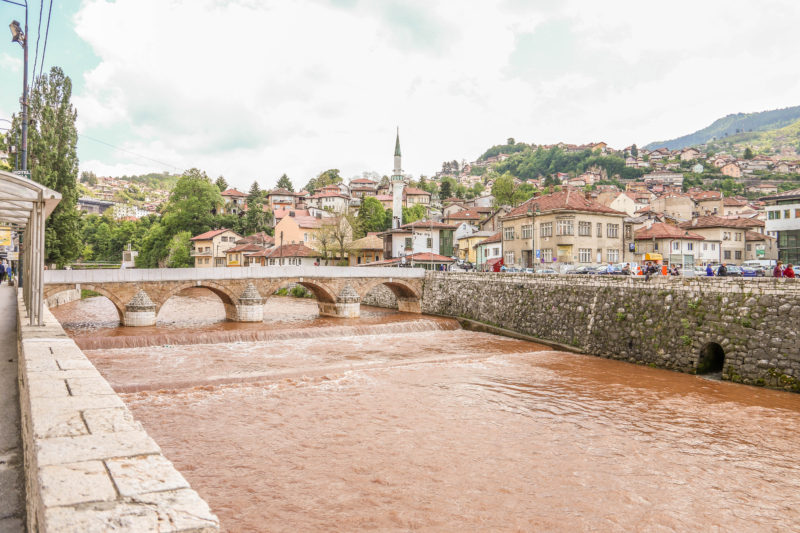 Explore the cobbled streets of the old town Baščaršija

The old town of Baščaršija possesses an air of magic. Despite it being a tourist spot, it feels much more authentic than ones you would find in Istanbul or even Mostar. The old town in Sarajevo is simple and still very much populated by locals. The Ottoman influence in Sarajevo is most evident here, through the mosques and little coffee shops dotted about, and it’s the place to go for souvenirs, trinkets and traditional Bosnian copper goods. 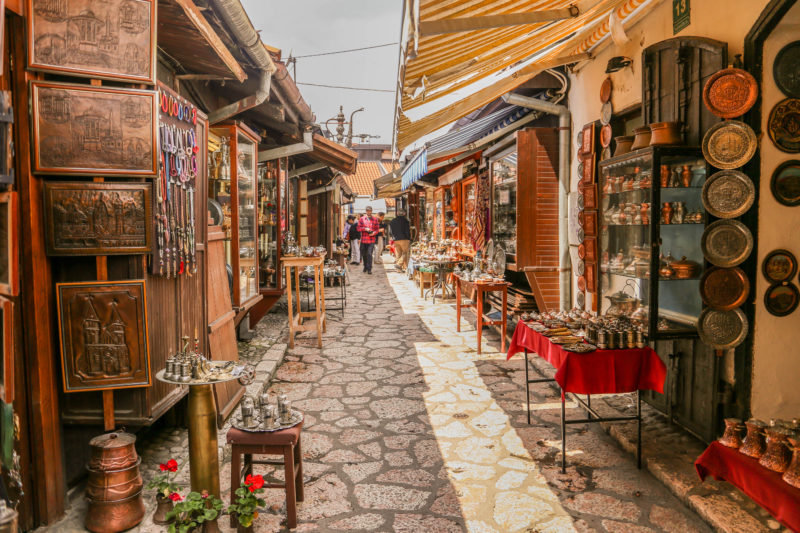 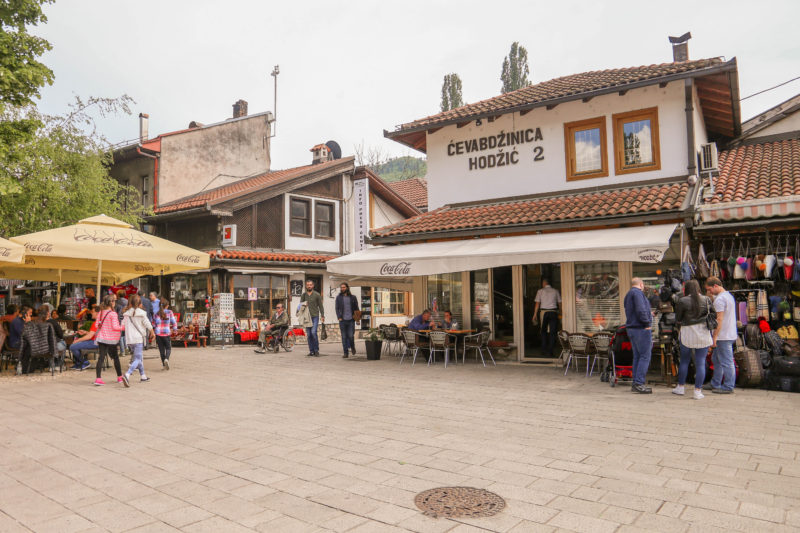 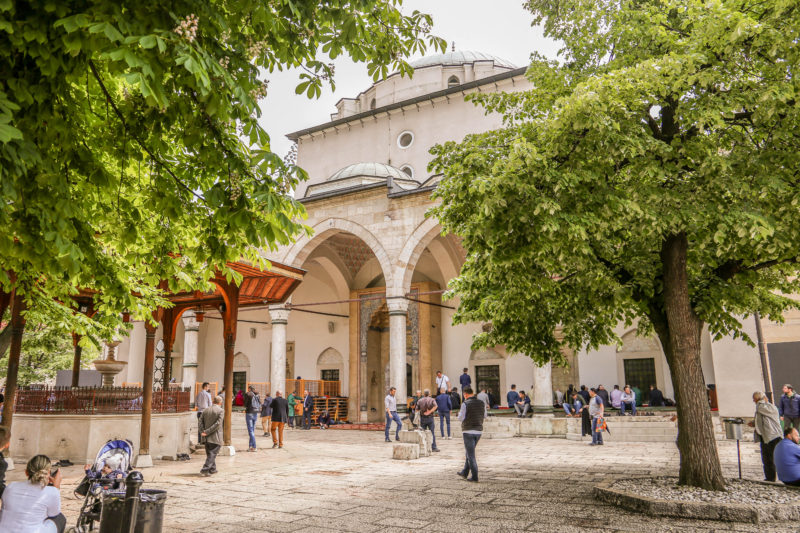 Learn about the Screbenica genocide at Galerija 11/07/95

You cannot visit Sarajevo without noticing the very visible scars left behind by the Bosnian war of the early 90’s. Whilst Sarajevo was famous for it’s siege, the city of Srebenica was the scene of the worst genocide in Europe since WW2. Over 8000+ Muslim men and women were massacred and buried in mass graves. With thousands of people still missing and bodies yet to be found, recovery efforts are ongoing until today, 22 years later.

Galerija 11/07/95 documents the genocide and the efforts of families to find their loved ones two decades on through photos and short films. I highly recommend getting the audio tour ( I think it was something silly like 3 marks only!) to gain a better understanding. If you don’t manage to finish the Gallery in a single day, you can reuse your ticket for entry the next day – just hold on to it. 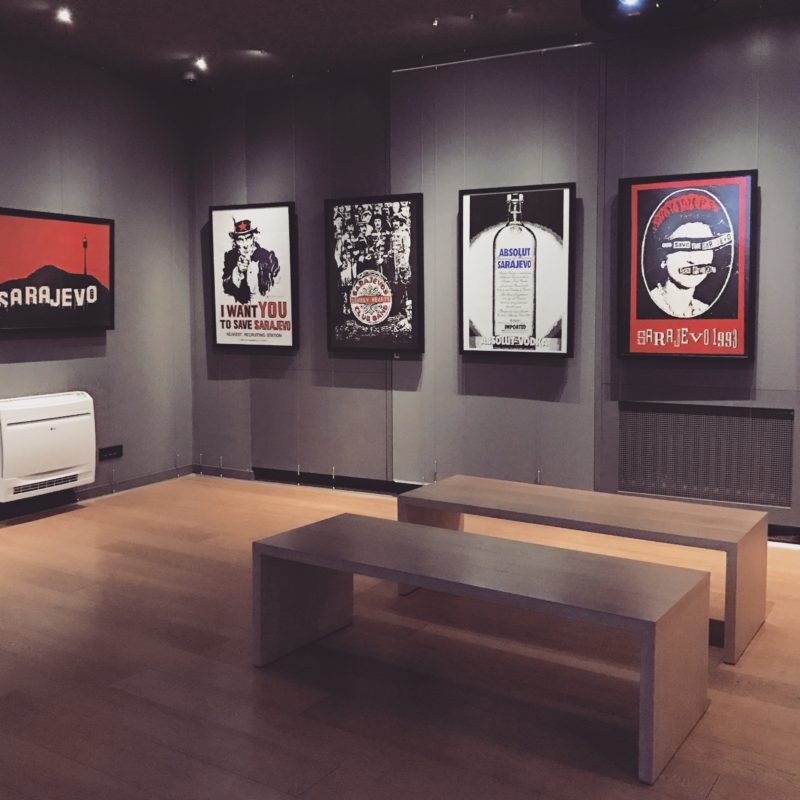 Built during the siege on Sarajevo, the Tunel spasa, also known as “The Tunnel of Hope” is an underground tunnel connecting Sarajevo with the neighbouring towns of Butmir and Dobrinja. The tunnel was built under a civilian home by the Bosnian army and runs under the runway of Sarajevo airport!

It was a lifeline for the besieged city, and was used to transport soldiers, civilians, UN staff, weapons, supplies and food in and out of the city. In the museum you can even enter and walk part of the original tunnel. 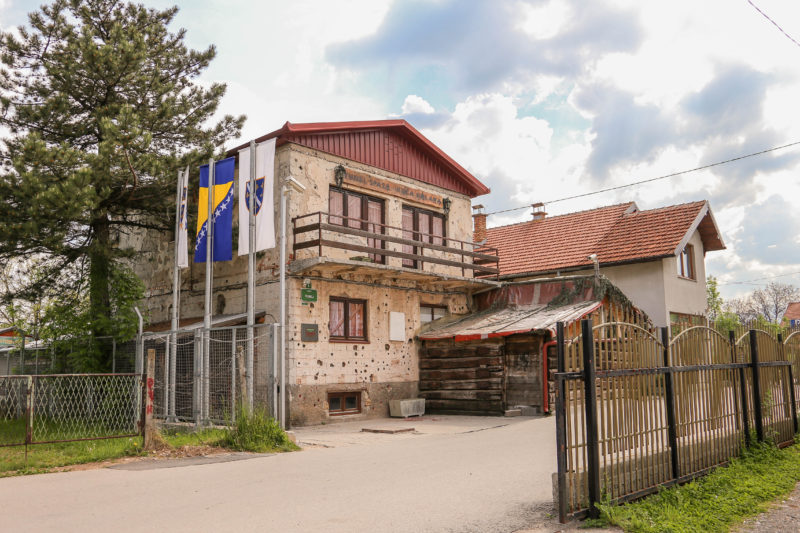 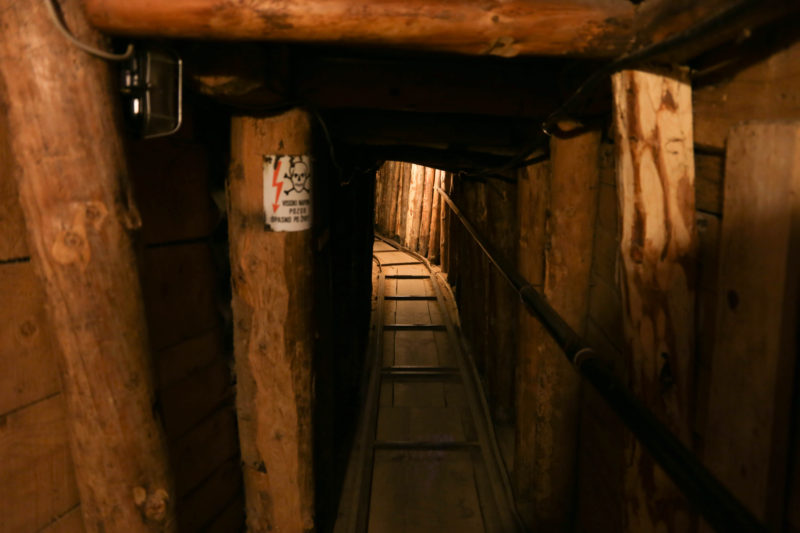 Have coffee in a tree house!

The hills surrounding Sarajevo lend themselves to excellent vantage points over the city, you just need to be ready for the hike!

If you’re looking for somewhere to give you a great vantage point of the Miljacka river and some of the tourist spots, be sure to visit the Viewpoint cafe. Located close to the old town, this basic cafe allows you to sit in a glass-fronted room between trees overlooking the city. 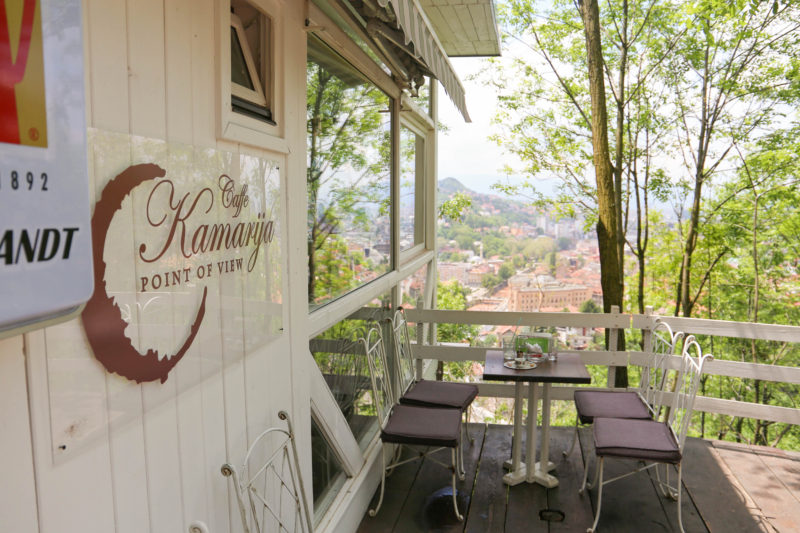 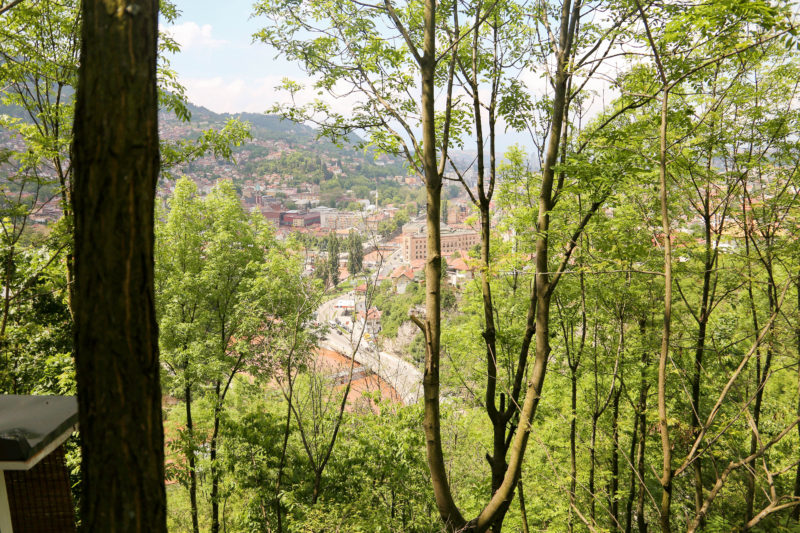 In 1984, Sarajevo hosted the Winter Olympics for the first time, and Mount Trebević was home to the new Bobsleigh/luge tracks. It was a period of hope for Sarajevo, nothing could ever prepare Sarajevans for what would happen less than 10 years later. During the siege on Sarajevo, the abandoned Olympic tracks became an artillery position for the Serbian army because of their vantage point overlooking the city.

Today, the bobsleigh tracks are a canvas for the local art scene, covered in bright graffiti. We walked part of the length of the tracks in awe, this was definitely one the highlights of our visit to Sarajevo! 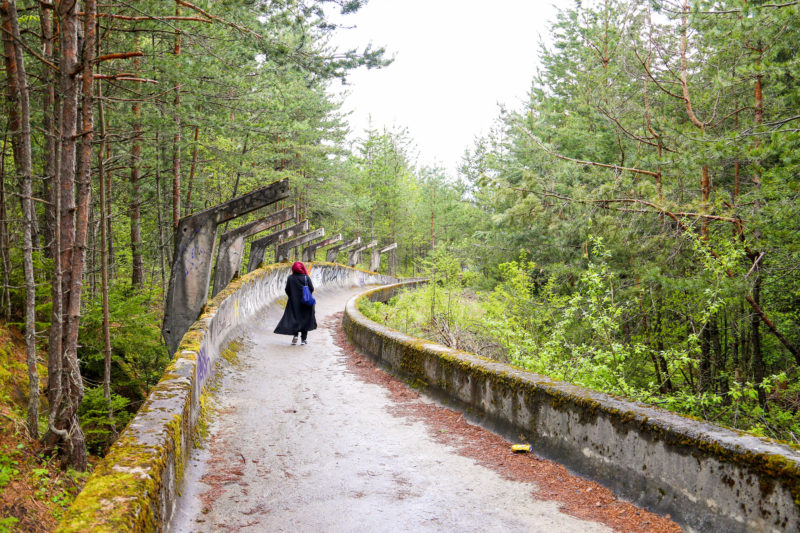 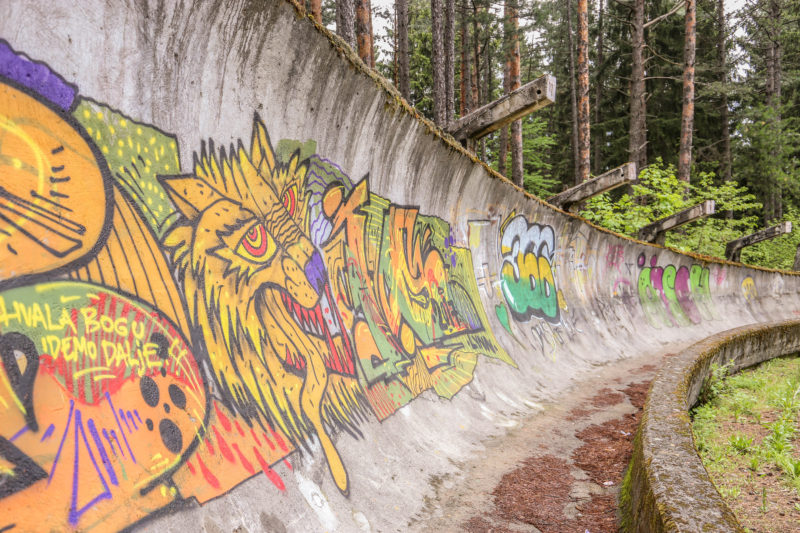 Arguably Bosnia’s most famous dish; Cevapi consists of small kofta fingers served alongside bread and finely chopped onion. You’ll find this dish everywhere in Sarajevo – in fact you may struggle to find restaurants that don’t serve it! Averaging at around 7 marks a generous portion, this dish is both filling and cheap to fuel you for long days of exploring. There’s a lot of talk about the best Cevapi place (plenty of online debates about this) but the best of the three places we tried was Cevabdzinica Zeljo located in the old town. 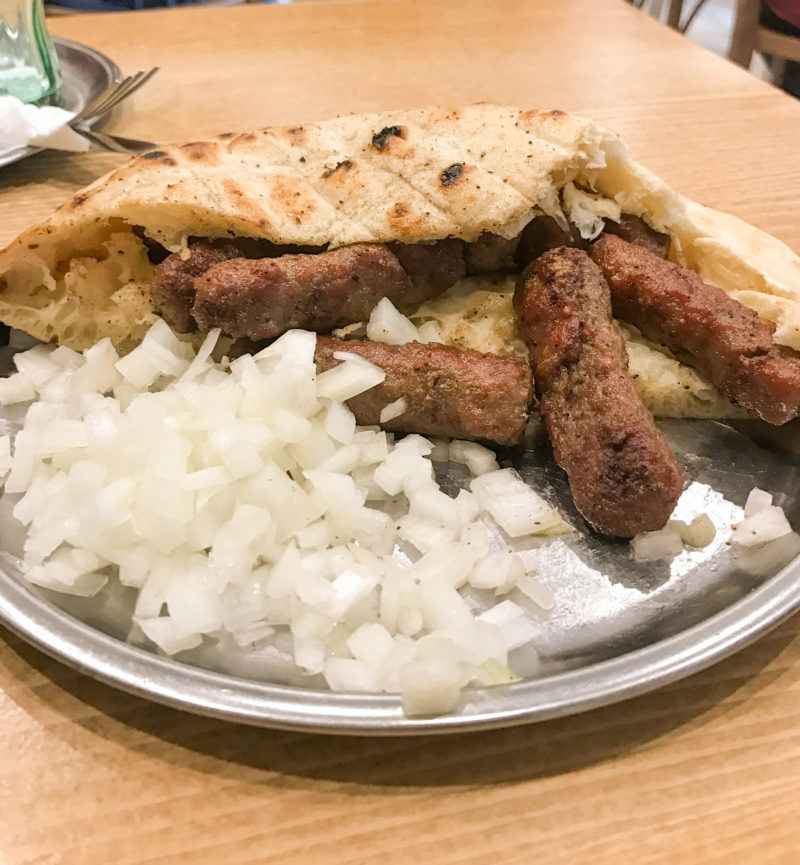 See the best views of the city from atop Mount Trebević

If you’re after good aerial views, Mount Trebević is the place to go. We stopped by an abandoned military hotel that had the most incredible views of the city, enabling us to get our bearings and see all the sights from above. 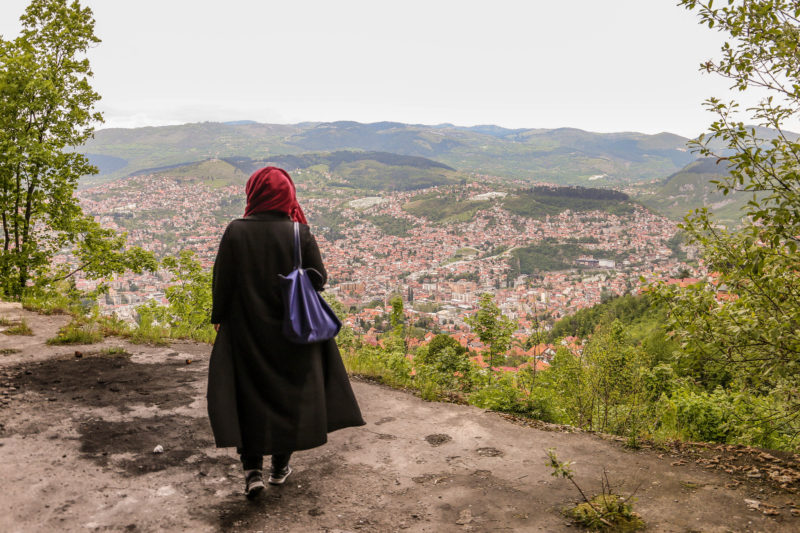 Relax with some Bosnian Coffee!

When you’re obsessed with coffee, trying it in all the countries you visit is obligatory right?

Well, you’re in luck in Sarajevo, because they’re obsessed with their coffee and super proud of it! Traditional Bosnian coffee is quite similar to Turkish coffee, served in tiny brass cased cups with Turkish delight and sugar cubes. If you like sugar in your coffee in Bosnia you dip the sugar cube directly into your coffee, and suck on the cube rather than stirring it into your coffee! 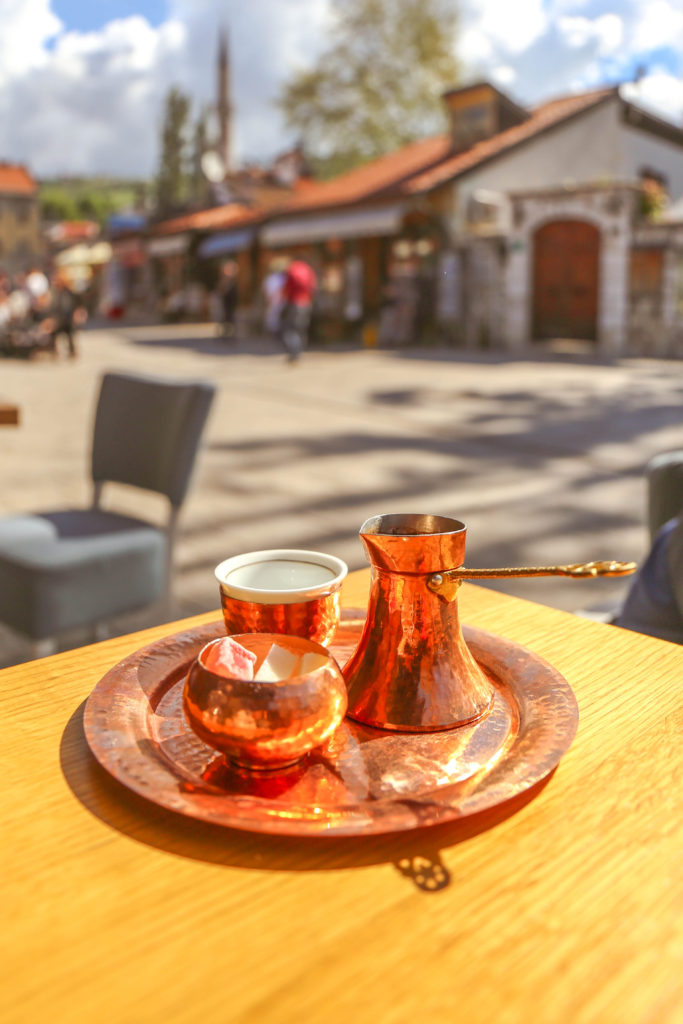 Some info on Tours…

We booked the “Sarajevo Total Siege tour” with with Sarajevo Funky Tours, that enabled us to see the Olympic bobsleigh/luge tracks, Mount Trebević and Tunel Spasa in half a day.

The tour included a pick up from our hotel, transport and two excellent local guides who painted a very personal image of life under siege in Sarajevo. Our main tour guide was in her early 20’s when the siege broke out and she recounted vivid stories of the struggles through starvation and war. Our driver was just a teenager at the time, and was shot by a sniper in “sniper alley”, it was surreal watching him point out the exact location of the shooting as he drove through it some twenty years later. This is a tour not to be missed. 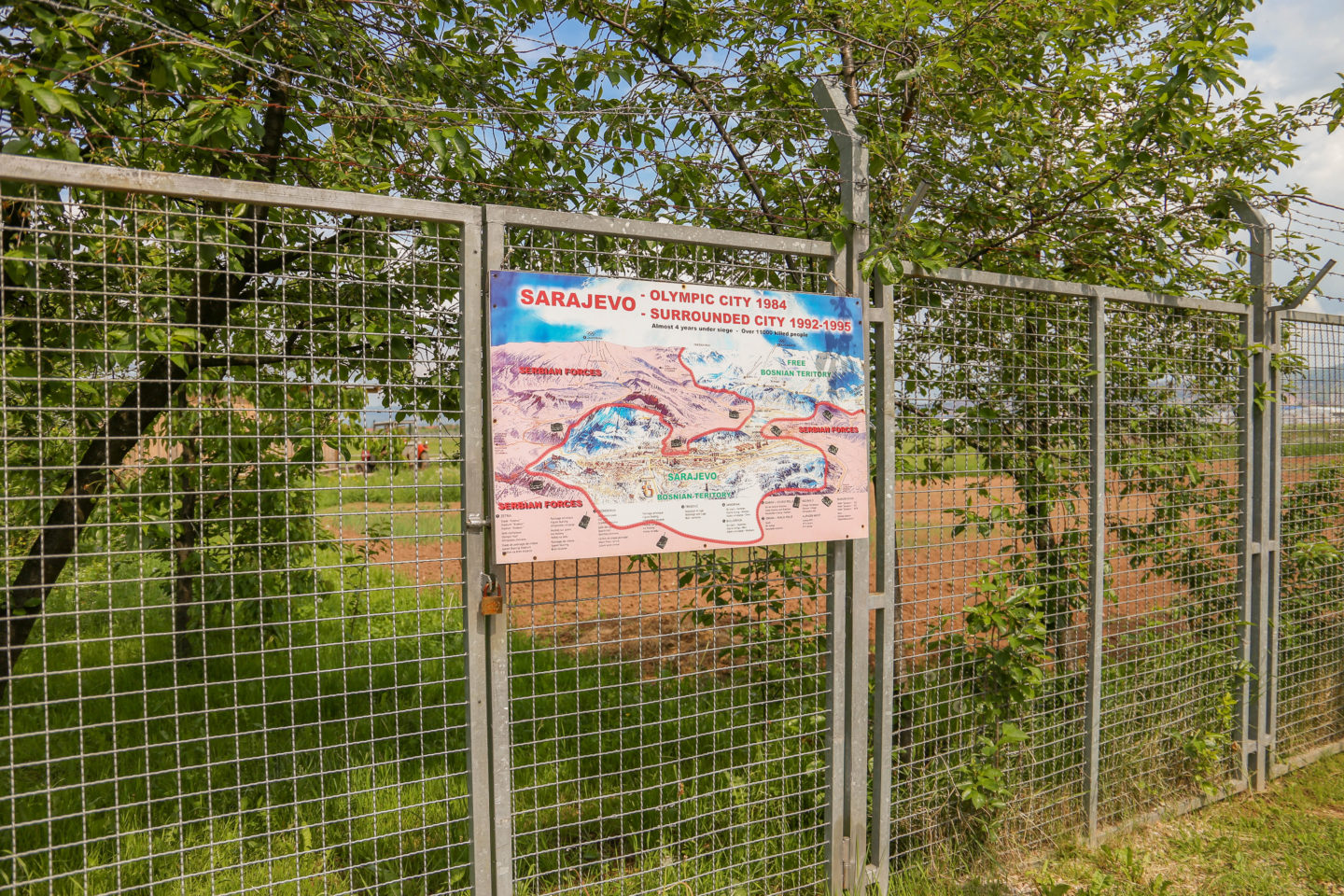